Have you ever wondered how Twitter got started and how long it took for it to become the social media mega star that it is today?  In 2006 a young man had an idea and he worked on it during all of his off time.  This idea was a text messaging or SMS based application for cell phones.  It was supposed to allow people who knew each other to track of what the entire group was doing through texts.  Today, Twitter is one of the hottest social media networks and boasts millions of users from around the world. 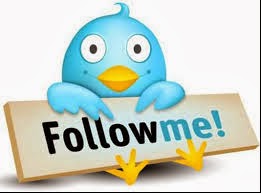 The young man took his idea to his boss who allowed him to work on his idea during his work hours and to keep him informed on his progress.  Twitter started out as being twttr because at that time it was popular to drop all the vowels and only use the consonants on websites.  It soon developed into the now know Twitter when the fad of dropping the vowels ended. There were four main players in the Twitter game at this time and it didn’t take long for these four gentlemen to move up from the concept to the actualization of Twitter.

The first ever tweet was made on March 21, 2006 and it said, “just setting up my twtter”.  Sadly there were no followers or no one else to see this epic event.  Of course at that time nobody knew what a huge platform Twitter would become so there probably wasn’t even a screen shot of the tweet to commemorate in time. This first tweet and the ensuing ones were used on the SMS platform rather than in a web based environment.  There was some controversy, isn’t there always, when the company that started Twitter found out that Apple had come up with a similar platform so the project was shut down and purchased by the founding people.  Not all of the original members were included however and this is where the controversy lay.

In 2007, Twitter began to take off seeing a surge of tweets at a trade show where people were making sixty thousand tweets a day.  This may seem like a lot but when you consider that right now, in the past minute, there were probably the same amount, if not more, tweets made it’s not that big of a deal.  Back then, it was huge for the company.  Since that conference, Twitter has gained in popularity and today, millions of people are using Twitter and many of them could be following you today.

It is a bit overwhelming to think that so many people are using a social media site that wasn’t even in its infancy a decade ago.  While Twitter did not blow up overnight, it took a few months; it did blow up and is one of the top three social media networks online today.  You can tweet from your computer, your smart phone or tablet.  No matter where you are, you can make tweets to let your followers know what you’re up to.

AUTHORS BIO
Angela Baker loves to teach others about Twitter as well as Instagram. She writes posts to help others learn more about these social networking sites.