John Logie Baird’s imaginative obsession of moving captured images turned into a pet project for his passion. During his research, John Logie Baird invented the system of mechanical television. Using Nipkow disc which was a perforated and a rotating disc, John Logie Baird was able to disaggregate between televised images and reassemble it for better viewing. 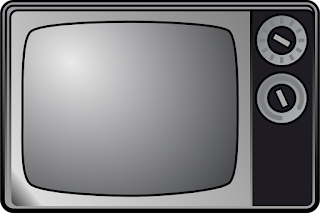 John Logie Baird’s invention was the first system that proved the mass distribution of televised images. With the radio broadcasting feature, the images could be transmitted wireless.

John Logie Baird made steady progress with airing recognizable faces through the mechanical system in 1925.

John Logie Baird’s Televisor project successfully transmitted moving images over telephone, and it was proved successful when first transatlantic and first shore to ship moving images experiment were successfully completed. This paved the way for colour television and the first video recording device.

John Logie Baird continuously kept experimenting with technology to increase his resolutions from 30 lines of definition to 240.

Once 1930s began, potential competition arose for the mechanical system proposed by John Logie Baird. When the decision to commercialize the system was about to taken, BBC’s intervention commenced the dispute for commercializing.

Baird resumed innovating and expanding his own ideas about technologies which led to high resolution color television and three dimensional televisions.

Kinetograph invented by Thomas Alva Edison was based on the concept of creating film for the kinetoscope. With the images being affixed to cylinder sequence for rotation of motion, this attempt seemed to be impractical.

The Kinetoscope prototype exhibited at a convention, was both a camera and a peep hole viewer. Thomas Alva Edison was disinterested projecting films, as he made good revenue from the sale of Kinetoscope machines. With the film exhibitions in Europe, Edison presented the first exhibition of projected motion pictures by using a projector called the Vitascope. Slowly, Thomas Alva Edison moved on from sale of kinetoscope machines to film making.

While Edison's laboratories were working on the Kinetograph and Kinetoscope, the French brothers, Auguste Lumière and Louis Lumière developed an apparatus that had three way usage such as camera, printer, and a projector. Known as the Cinématographe, this was similar to Edison's Kinetograph in its use of intermittent motion and perforated film.