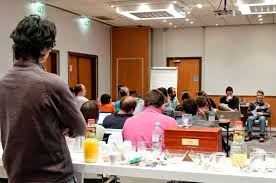 From the point of view of the employer, they see themselves as providing employees with a way to earn their living. When their business is concerned at the end of the day, their reputation and money are seen to be on the link which is why for every employer, employees who are honest and hardworking are valuable assets. Such kinds of employees however are difficult to come by and one mistake on the part of the employee can cause the entire business to come crumbling down. Employees could be sharing valuable and confidential information with other businesses or they could be spending their time chatting with their friends or browsing the internet when they should actually be working. Doing so can cause the employer and his company a lot of money and in such a situation, it is best to allow employers to monitor their employees to make sure that they are carrying out their duties and are behaving in an appropriate manner.

ALSO READ How to Reduce Stress Levels at Work

From the point of view of the employee, having their computer or cell phone monitored by the employer is something which is seen as infringing on privacy. No one wishes for their personal information to be kept under scrutiny and for it to be observed which is why this is seen to be a valid concern. Employers should however only monitor work related activities of their employees and not monitor their personal ones. If an employee attempts at doing their personal work while at office, then it can be argued that it is their fault if the employer gets his hands on their personal information which they would rather not have had revealed to anyone. Anyhow, the pint of view of the employee too is something which is easy to be seen and understood.

MUST READ How to Secure your Office

Having seen both sides of the argument and the perspective of both the parties involved, which of the two is right? It can be said that both sides are considered to be valid and the best answer to the question about who is right is to come to an answer which ensures that both parties are satisfied. Employee monitoring thus can be implemented but as long as it is kept within limits. Cell phones monitoring software’s can also be installed in employee’s cell phones by the employer but at the same time employees should be made aware of the fact that the cell phone is being monitored. By making them aware, they could be discouraged to make use of the device for personal work or even from misusing it thereby keeping peace between both the parties.

Brooke fill in as Tech and Digital Parenting expert and writer has earned her an exhibited accumulating of readers who are needing for the most recent news and audit about Tech updates. Her most recent article are employees being watched got reliable visibility on social media.