Introduction
It is interesting how colors affect our purchasing choses, especially over an ever changing medium such as the internet. It is true that we are more likely to buy something that has bright colors than something that is dark and unwelcoming. But that is nothing new in advertisement. Here we are going to see some of the basic color advertisement techniques that we have come to know and love, and some useful tips for making your own website profitable through the process of social manipulation. 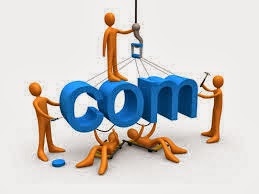 How Colors Affected Sales Before The Internet

Ever since man started printing words onto paper, things in the advertisement business have never been the same – in fact there was no advertisement before that, at least not the kind we are used to today. The first ads were printed some 3000 years ago, and were related to the selling of goods just as we do today. Egypt, Greece and Rome all partook of the 'pen on paper' ads campaigns at the time, boasting the first economy that is worth mentioning. During the middle ages, ads were in the form of symbols rather than written words. For example a tailor would have been represented by a needle and a thread. The true ad revolution did not start until 19th century, and contrary to popular belief, those ads were not black and white. In fact they were beautifully drawn to draw people's attention. As time went by, and the technological revolution took the world by storm, more and more manufacturers sought to further their profits through advertising, and not any advertising. What do the Nazi flag, the Soviet flag and the Coca Cola logo all have in common? Let me give you a hint, it is not an ideological issue. They are simply red, all of them. Red is the primary tool fro selling merchandise, and propaganda, for nearly 200 years! Red is what made Santa Clause, and red is what most physiologists consider to be the most 'noticeable' of all colors.

Stepping into the present, we can see just how much 'the same' interment advertisement is, compared to the days of old. Be that as it may, there are still a lot of things that are totally different, and it is those things that either make or break companies.

ALSO SEE: About To Launch A Website? Here's The Vital Preparation You MUST Do First

Have you ever noticed how much of the so called 'high authority' websites are plain and not very interesting to look at in general? Well that is because the job of the website is to hold your content, not be regarded as art or anything of the sort. Many people get fooled by the notion that the more colorful something is the better it's going to sell. On the contrary; as any self-respecting web designer would tell you, the idea behind a successful website, lies in its simplicity. The good, really good web designer must be able to do a website that is simple looking, but all so professional. White of course is the color of choice. Combine a simple white template, with red elements and what you have there is one winning color strategy. Avoid black, gray, red as you main theme, for it turns people off quite a lot. Always go for the modest, professional look if you wish for your products to sell.

ALSO READ: How To Set Up A Website To Boost Your Business

Author Bio:
Rose Finchley is passionate blogger keen on topics about Internet and web design. She currently works in the support team of http://www.shinylondon.co.uk/end-of-tenancy-cleaning-w8-kensington/ and she has a lot of experience to share with her readers.