The age of long distance, expensive phone calls are over as 5 of the best chat apps are free right now not only for audio but also for video chat and messaging within and across continents; which makes keeping in touch so fun and simple. Download the following apps to keep in touch in real time with people close to you. 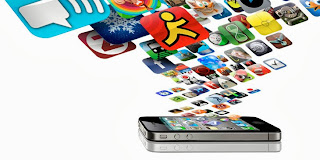 There isn't a person in the world today that hasn't heard of Skype or isn't using it. It is one of the best downloadable apps for free video chatting and voice calls as well as video messaging. However, this does not mean that Skype is completely free. While it is free to download, calls and messages to mobiles and landlines across the world as well as group video calls with up to ten people are not free but are offered at very low prices.

Skype requires a webcam, microphone and internet connection to work and can be used anywhere- at home, work or on the go. It can be downloaded to you PC, any windows or android mobile as well as iPhones, BlackBerry‘s and tablets.

Skype takes chat innovations one step further with Skype ready home phones, on which you can make Skype to Skype phone calls or cheap calls from Skype to other mobiles or landlines. You can now also purchase TV‘s which come Skype ready or purchase TV cams and blue ray players which make it possible for you to use Skype from your television and connect with people all over the world. If that isn't enough you can now also download Skype to your PlayStation and iPod touch over 3G or Wi-Fi connections.

Viber can be used to connect with people worldwide without the need for invitations, passwords or registration. Viber allows you to sync your mobile phone with your PC so you can start a conversation on your mobile phone, transfer it between devices and continue it on your PC. Viber offers high-definition voice and video calls as well as group conversations and text, photo and sticker messages.

Once you download Viber it automatically identifies others on your contact lists that are using Viber and informs you about new users. Viber is compatible with Windows, iPhone, BlackBerry, Android, Bada and Nokia through 3Gi'4G or Wi-Fi connections. If you are a fan of Viber then you may join in on popular Social media sites which are also free chat forums such as Facebook or Twitter.

WhatsApp is one of the most popular real time messengers which allow you to keep in touch with or contact friends and family in real time across the world for your daily dose of gossip or simple casual conversation. It is free to download and its monthly or weekly use is usually covered by your mobile internet plans. WhatsApp is available for BlackBerry, Windows phones, iPhone, Android and Nokia phones and you can send messages across brands for example from BlackBerry to iPhone.


READ: 5 Easy Ways to Prevent Files or Data Loss on Your


WhatsApp also makes it possible to send unlimited images and audio (voice notes) and video messages as well as create group chats. Through WhatsApp you may update your status so that your friends know if you are busy or unavailable. You can post personalized messages that you want to share and you can also upload a display picture which appears in the messenger window. WhatsApp is free and can be downloaded to your PC as well and it frequently informs users about new updates.

ZinzzChat is available for iOS and Android phones and is group chat enabled; the latest version of ZinzzChat allows you to chat with friends by scanning a QR code and you can backup and save your chat history for up to seven days. ZinzzChat also supports video calling between cellular devices and you can share photos by selecting "Moments". Users can also record and share voice messages and can web chat as well.

ZinzzChat offers a wide range of emoticons so that you can express your feelings in new and funny ways and its "shake" option allows your phone to be matched with others who are "shaking" next to you or across the world but Shake will need to access your location and personal data to be used. ZinzzChat also incorporates new and innovative options such as Look Around and Drift Bottle.

Look Around will need to access your location and tells you how many people nearby are also using ZinzzChat while Drift Bottle allows you to record and thrown out a bottle containing a voice or text message and you must then wait to see who picks up your message, this is a classic mobile app spin on bottle messages left by someone stranded on a distant island hoping to be rescued.

eBuddy Messenger combines all your favorite messaging apps in one place without having to register with them all separately such as- Yahoo Messenger, ICQ, Google Talk, My Space, Facebook, Windows Live Messenger, Hives and Aim. It is free to download and you can keep in touch with your friends via messages and video chat regardless of which instant messenger they are using. The eBuddy Messenger is both Web based and Mobile compatible. The Web version requires only an internet connection and browser. If you have a smartphone then you can use eBuddy on your cellular device, and is a Java based software.

The mobile software allows you to set an avatar as well as nudge offline friends and send offline messages. It can also be used on Android and Nokia devices and eBuddy Lite is specifically engineered for iOS devices such as iPhones, iPad and iPods. Users are also required to create an eBuddy id which will enable them to look into a series of IM accounts.

AUTHORS BIO
Murray founded of The Mail in 2013 an angel funded start up publication covering marketing.