In today's society, everyone is trying to find innovative ways to work from home or simply trying to enjoy the work they do. The conflict of interest comes when balancing the cost of living with overall happiness. The gaming industry has integrated two economies that allows the opportunity to earn real-world money for virtual goods, and there are several ways how it is done. 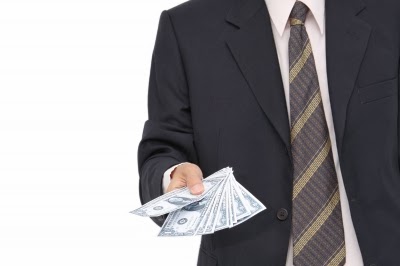 I would say that gold farming is the most popular way to earn real money through gaming currency. Although gold farming is illegal in some MMO games, like AION, there is a work around if you wanted to risk private transactions. However, in games like Second life, real money is transferred from your profession in the game to your bank account in real life. It takes a lot of time to save up enough currency to buy in game items, and most people are willing to let go of some cash for that instant reward.

Likewise, another way to make real world money while gaming is by playing a character to end game content and collecting rare items along the way. Keep in mind that in some games, like The World of Warcraft, the item must be bind on equip or you can not trade it to other characters in game. Elite players in any game are constantly trying to upgrade gear and obtain other novelties like riding mounts or battle pets. So keep an eye out for uncommon goods, or kill rare spawns, to find the items everyone wants but does not have the time to search.

Another way to earn money is to level and sell characters. The best time to sell a character is when it is at max level and equipped in full end game gear. To get the most money for your character, try to get all quest titles or achievements like in the game EverQuest II. If you want to go the extra mile for the extra cash, collect as many common mounts and pets as possible.

Also, a different way to make money in an MMO game is by power leveling someone else’s character. All you would have to do is level another person’s character for them to the max level in that specific game, without having to worry about doing all quests or achievements. After achieving the max level, you give the character back to the original owner and they pay you. Power leveling may take up to three weeks or more to complete depending on the max level for the game. Some games have requirements that may take even longer, for example in Diablo III there are several different monster and level difficulties.

Ultimately, gaming is the perfect way to earn cash on the side. Once you have the item you want to sell, you can easily use sites backed by PayPal like EBay or IGE.com to reach out to the gamer’s market. Entertainment is big business, why not earn some money while having fun?!

AUTHORS BIO: John Smith has been active in the virtual economy for more than six years. He has played several MMO’s to end-game content including World of Warcraft, Guild Wars II, AION and EverQuest II; others games include but are not limited to Diablo III, Skyrim, Minecraft and Sim City. Right now he is running his site focusing on Final Fantasy 14